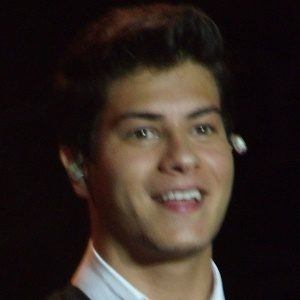 Stage actor, singer, and soap opera actor known under the stage name Arthur Aguiar. He joined the band Rebels in 2011 but then founded the singing group FUSSCA in 2012.

He was a swimmer since he was 9 years old but was discovered by a director at the age of nineteen. His breakout role was in the stage play Os Melhores Anos de Nossas Vidas in 2009.

His charity work has included advocacy for responsibility through Força Jovem and cancer awareness.

He was born in Rio de Janeiro, where he was raised by his mother, swimmer Katia Aguiar, with his brother Lucas Queiroga. He began dating reality star Mayra Cardi in 2017.

He starred alongside Chay Suede in the soap opera Rebeldes.

Arthur Aguiar Is A Member Of