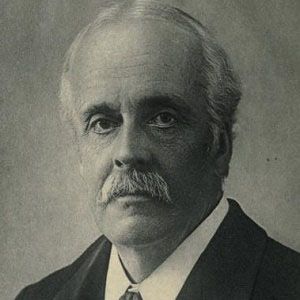 From 1902 until 1905, this British Conservative Party politician served as Prime Minister of the United Kingdom. After ending what proved an unpopular administration, he held a number of other political offices, including Leader of the Opposition; First Lord of the Admiralty; Foreign Secretary; and Lord President of the Council.

After graduating from Trinity College, University of Cambridge, he entered politics and became a Member of Parliament as well as Secretary for Scotland and Chief Secretary for Ireland.

He resigned as Prime Minister in 1905 and was succeeded by Liberal Party politician Sir Henry Campbell-Bannerman.

The children of James Maitland Balfour and Lady Blanche Gascoyne-Cecil, he and his seven younger siblings were raised in both Scotland and England. He was the nephew of British Prime Minister Robert Gascoyne-Cecil, 3rd Marquess of Salisbury (Lord Salisbury).

Under Balfour's prime ministerial administration, Joseph Chamberlain served as Secretary of State for the Colonies.

Arthur Balfour Is A Member Of