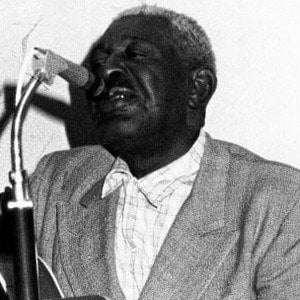 Mississippi blues singer who was called The Father of Rock and Roll for his influence of Elvis Presley.

He began singing in church choirs and played the blues at local events, but it was not until he moved to Chicago that he established his own sound and signed a record deal.

Elvis recorded Crudup's "That's All Right" for his debut record on the Sun label, and later did the same for Crudup's "My Baby Left Me" and "So Glad You're Mine."

He grew up in Forest, Mississippi.

In addition to Elvis, B.B. King was another musician who covered Crudup's songs.

Arthur Crudup Is A Member Of