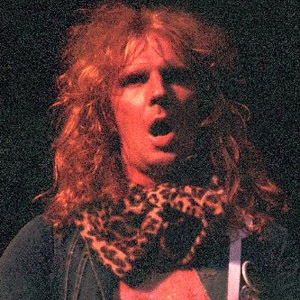 Best remembered as a founding member of and bassist for the 1970s band The New York Dolls, this glam rock musician also collaborated, at various points in his career, with Sex Pistols bassist Sid Vicious and W.A.S.P. guitarist Blackie Lawless.

After graduating from New York City's Martin Van Buren High School, he enrolled as a culinary arts student at the Pratt Institute. He eventually dropped out of school and lived in Amsterdam for several years.

In the late 1980s, while living in Los Angeles, he became a member of The Church of Jesus Christ of Latter-day Saints.

He married Barbara Garrison in 1977. Sadly, he died at the age of fifty-five, just hours after being diagnosed with leukemia.

Before forming The New York Dolls in the early 1970s, he and guitarist Johnny Thunders played in a New York-based band called Actress.

Arthur Kane Is A Member Of