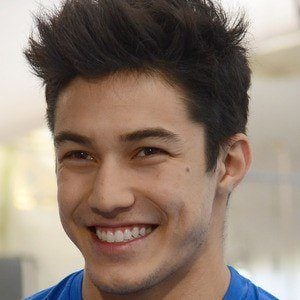 Brazilian gymnast who became known after winning a bronze medal in the men's gymnastics floor exercise at the 2016 Summer Olympics in Rio.

He participated in the 2015 World Artistic Gymnastics Championships and took fourth in horizontal bars and 12th in all-around.

He landed a bronze medal on floor exercise after Japan's all-around champion Kohei Uchimura stepped out of bounce in the 2016 Summer Olympics.

Arthur Mariano Is A Member Of