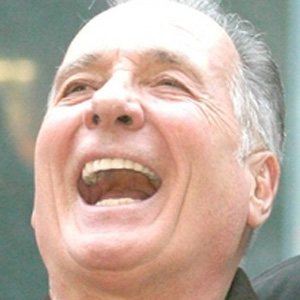 American actor known for his television role in the acclaimed HBO series The Sopranos as Capo Carlo Gervasi. He has had roles in notable films such as Bringing Out the Dead, The Cooler, and He Got Game.

He became active as an actor in 1994 and had an early film role as a corrupt cop in the 1997 film Cop Land. Prior to this he served in the U.S. Marine Corps and the New York City Police Department.

He also appeared in the films Clockers, World Trade Center, and Solitary Man.

He was born in Suffolk County, New York.

He had a minor role in the Gene Hackman starring film Enemy of the State.

Arthur J. Nascarella Is A Member Of