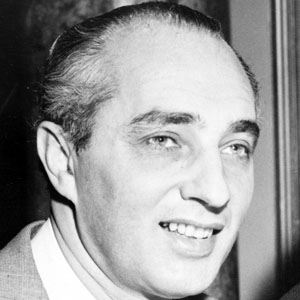 Composer of The Band Wagon, A Tree Grows in Brooklyn, By the Beautiful Sea, and other Broadway musicals.

He collaborated on the film version of The Band Wagon with Howard Dietz.

Arthur Schwartz Is A Member Of