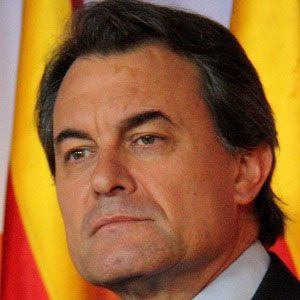 From 2001 to 2003, this Democratic Convergence of Catalonia politician served as Prime Minister of Catalonia. Then, in 2010, he took office as President of Catalonia.

After earning a degree in economics from the University of Barcelona, he served on the Barcelona City Council and went on to hold financial and public works ministerial positions within the government of Catalonia.

In between his prime ministerial and presidential terms, he served as Leader of the Opposition of Catalonia.

He was raised in Barcelona, Spain, as a member of a wealthy Roman Catholic family. His marriage to Helena Rakosnik produced children named Patricia, Albert, and Artur.

He is a contemporary of fellow Spanish politician Jose Blanco Lopez.

Artur Mas i Gavarró Is A Member Of