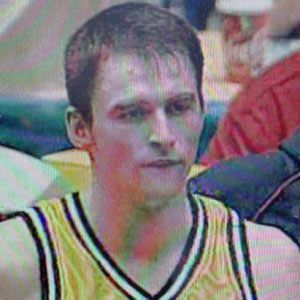 Lithuanian professional basketball player who played for several teams, including the Lithuanian national team; named European Player of the Year in 1996.

He began his early career in Lithuania, playing for Statyba Vilnius while still in high school.

He helped lead Lithuania to consecutive Bronze medals at the Olympics in 1992 and 1996.

He was raised in Klaipeda, Lithuania.

He and Ramunas Siskauskas played together on the Lithuanian national team.

Arturas Karnisovas Is A Member Of