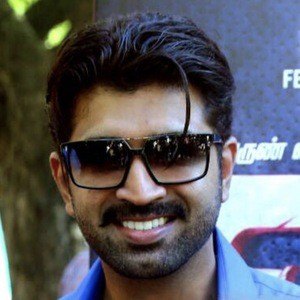 Indian actor known for the movies Malai Malai, Thadaiyara Thaakka, and Yennai Arindhaal. His role as Deepak Raj in Bruce Lee - The Fighter marked his debut in Telugu films.

He appeared in his first film in 1995, going by the name of Arunkumar. After appearing in 12 films, he shortened his name to Arun.

He's surrounded by actors in his family, with a father, sister, three step-sisters, and step-mother who've all appeared in movies. He's a licensed skydiver.

He has two children with his wife Aarthi, who he married in 2006. His father-in-law is, of course, a film producer.

Arun Vijay Is A Member Of