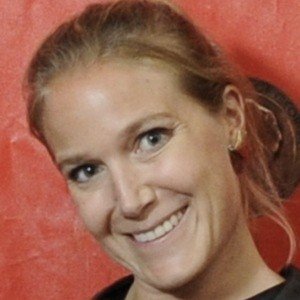 CNN international correspondent who was based in Beirut and covered numerous events in the Middle East, including the Second Battle of Fallujah, the Iraq War, and Operation Steel Curtain.

She attended Skidmore college in New York, where she studied biology and French.

Before beginning her career as a broadcast journalist, she worked for a textile manufacturing company.

She was born in Massachusetts to an American father and a Syrian mother. Her maternal grandfather, Muhsin al-Barazi, served as Prime Minister of Syria.

She once worked with fellow news correspondent Peter Arnett.

Arwa Damon Is A Member Of