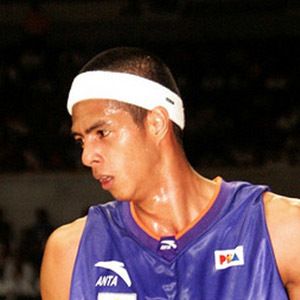 Professional basketball forward who joined the San Miguel Beermen in the Philippine Basketball Association in 2009. He was the PBA Most Valuable Player in 2013 and has won over a half dozen championships.

His wife's name is Ivette. He has three daughters and one son.

He was coached by Chot Reyes on the Philippines National Team.

Arwind Santos Is A Member Of