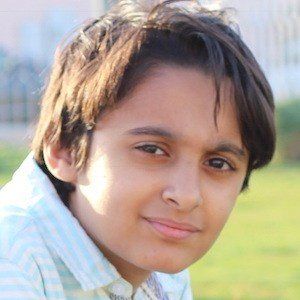 One of three siblings featured on the popular YouTube channel Jri Kiddos which features the trio participating in skits, challenges, vlogs, and other fun videos. The channel has accrued 700,000 subscribers.

The Jri Kiddos YouTube channel was created in September of 2008.

He created a secondary, personal YouTube channel which he called MR SaudiUSA.

He is joined on Jri Kiddos by his younger sister Toleen and younger brother Ebrahim. The channel is managed by their mother.

He and Gavin Butler are both members of family vlogging channels, and were both born in 2003.

Aseel Altuweijri Is A Member Of