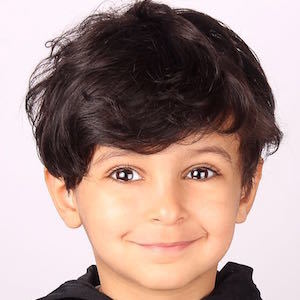 Known for his appearances on his YouTube family channel Jri Kiddos. He has gained popularity for appearing in his channel's family vlogs alongside his siblings Aseel and Toleen.

His YouTube channel was created prior to his birth in September 2008.

He has helped the Jri Kiddos YouTube channel amass more than 700,000 subscribers. One of his channel's most popular videos, "Some Daily Routine GUYS Vs GIRLS," has earned more than 3.5 million total views.

He is the youngest of three. His mother has moderated his YouTube channel.

He and Laura, of the J House Vlogs YouTube channel, are both known for being the youngest children featured on their respective family vlogging channels.

Ebrahim Altuweijri Is A Member Of