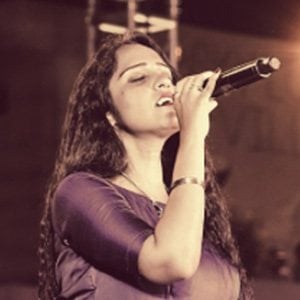 Indian singer known for her appearances on television including Indian Idol and Awaz Punjab Di. She is known for being a playback singer and has appeared in several Bollywood films.

She first started singing at the age of 5. Beginning with Gurbani, she trained under Ustad Puran Shahkoti in Jalandhar. She made her Bollywood debut with the song "Dildara" and released her first hit single "Na Jaane Kya Tumse Wasta" in 2015.

She is known for having won the Mirchi Music Award for Female Vocalist of the Year for her song "Bolna" which was featured in the film Kapoor and Sons.

She was born and raised in Panipar, Haryana, India and shared a photo of her mother and father through Instagram in October of 2018.

She appeared in the film Kapoor & Sons alongside Rishi Kapoor and Rajat Kapoor in 2016.

Asees Kaur Is A Member Of