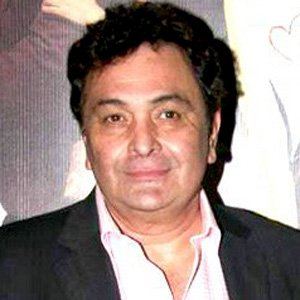 Bollywood actor who earned a 2011 Filmfare Award for Best Actor for his role in Do Dooni Chaar. In 2008, he received the Filmfare Lifetime Achievement Award.

He married Neetu Singh in 1979. The couple had two children, Ranbir and Riddhima.

He had a supporting role opposite Rani Mukerji in the 2004 film Hum Tum.

Rishi Kapoor Is A Member Of

Student of the Year
Agneepath
Born In 1952
Movie Actors