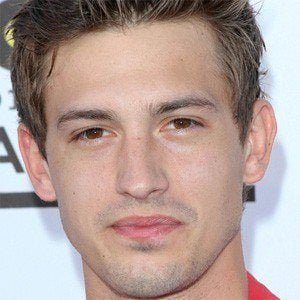 Singer, dancer, and actor best known for his appearances on the NBC drama series Parenthood, CBS's The Mentalist, and in the film reboot of the musical Fame. He was named one of MTV's top 10 artists of 2011.

At age seven, he appeared on Broadway as Chip in Beauty and the Beast. He later returned to acting, appearing in productions of Oliver in the title role and The Sound of Music in a lead role.

He started his solo artist career in 2011. His first music video, for the song "Like I Do,"f was an instant phenomenon.

He was born in Arlington, Virginia and is the younger brother to two siblings. He has posted pictures to Instagram with his girlfriend Diana.

He was the lead singer of a band called V Factory that had previously shared the stage with American Idol winner Kelly Clarkson .

Asher Monroe Is A Member Of