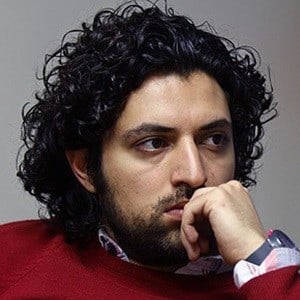 Iranian movie actor who is best known for his feature film roles in both comedy and drama in his native country. He also has a popular Instagram page featuring lifestyle and modeling photos.

He began acting in his teens.

He has been a brand ambassador for Digi Kala.

He is a popular movie actor in the same class as Josh Hutcherson.

Ashkan Khatibi Is A Member Of