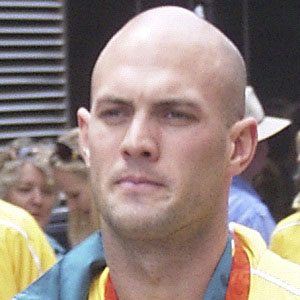 He attended Iona College, where he honed his swimming skills.

He was born in Brisbane, Australia.

He was teammates on the Olympic gold medal relay team with Ian Thorpe.

Ashley Callus Is A Member Of