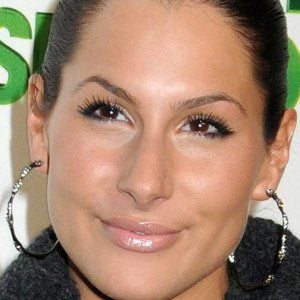 Former call girl and current columnist who is famous for her involvement the Elliot Spitzer scandal and who went on to be a singer with releases like "Move ya Body."

She worked as a waitress in New York while trying to pursue a music career.

She has sold more than one million digital copies of her single "What We Want" online.

She was interviewed by Diane Sawyer in 2008 about her experiences and feelings about the Eliot Sptizer political scandal.

Ashley Dupré Is A Member Of