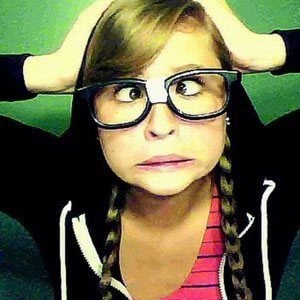 Energetic YouTube personality with a self-titled channel, which has earned over 600,000 subscribers. Along with the video blogs and comedic videos, they've also created stop-motion animation. They were previously known on the platform as HeyThere005.

They got started on YouTube by accident when they posted a silly music video with friends and instantly got hooked when it started receiving likes.

They have a younger brother named Jimmy and originally hail from Minneapolis, Minnesota. They got married to their significant other Gray in 2016 and changed their name from Ashley Mardell to Ash Hardell.

One of their favorite YouTubers, Hannah Hart, appeared in the 2013 "My Drunk Birthday!" video to wish them a happy birthday.

Ash Hardell Is A Member Of