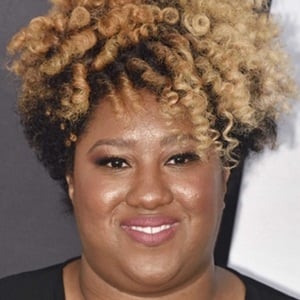 Comedian and actress who shot to fame as a writer and correspondent for Full Frontal with Samantha Bee in 2016. She has also made appearances in the movies An American Education and Canal Street.

She earned a degree in theater arts from UC Santa Cruz and received her master's in performance studies from Northwestern University.

She won a 2017 Emmy Award for writing for a Full Frontal with Samantha Bee special edition.

She shared a family photo on Instagram in December 2018.

In February 2019, she joked that she would like to be the First Lady if Senator Cory Booker wins the presidency in 2020.

Ashley Nicole Black Is A Member Of