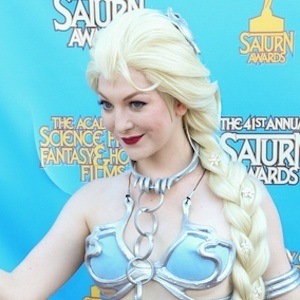 Cosplayer who has won more than 290,000 Instagram followers with her highly-detailed cosplays of characters like Elsa from Frozen and Sonya from Street Fighter. She was won cosplay contests at events like Long Beach Comic and Horror Con.

Her first cosplay was Bellatrix Lestrange, which she wore to a midnight showing of a Harry Potter movie. She began creating her own costumes in 2013.

She has been featured on the cosplay web series "Sharp News."

She has dated Jason Spiller.

She and Sasurealian have both cosplayed as Elsa from Frozen.

Ashlynne Dae Is A Member Of