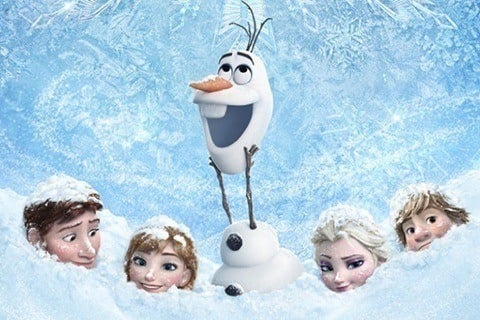 A young princess must learn to control her magical powers, which have damaged her relationship with her sister, in this Disney film that grossed over a billion dollars.

The film won several awards for Best Animated Feature Film including the 2014 Oscar, 2014 Golden Globe, and the Critics' Choice Award. Frozen takes place in Arendelle which is based off of Arendal, Norway.