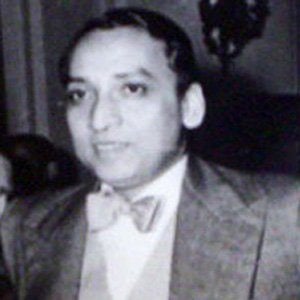 Former Cabinet Minister of India who served more than half a dozen Prime Ministers and was also a Union Law Minister for decades.

He taught Law at the City College in Kolkata.

He set a record for winning a Lok Sabha seat the most times.

His older brother, Sukumar Sen, went on to become Chief Election Commissioner and he has two daughters and two sons with Anjana Das.

He served under the first Indian Prime Minister, Jawaharlal Nehru.

Ashoke Kumar Sen Is A Member Of