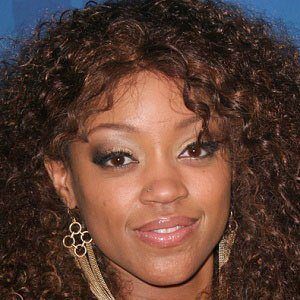 One of the top thirteen contestants in the tenth season of the reality talent competition American Idol, Jones went on to contribute to tracks by rappers Big K.R.I.T. and Lecrae.

During her successful American Idol audition, this Nashville retail employee-turned-singer performed Faith Hill's "Like We Never Loved at All."

The daughter of Michelle Anderson, she spent her early years in Valdosta, Georgia and Goodlettsville, Tennessee.

She and Scott McCreery were both finalists on American Idol's tenth season.

Ashthon Jones Is A Member Of