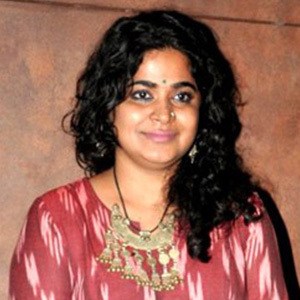 Prolific director who has gained fame for her career working in Bollywood and Tollywood film, including on the 2015 comedy drama film Nil Battey Sannata. She later won the Filmfare and Zee Cine awards for her work directing the 2017 romantic comedy film Bareilly Ki Barfi.

She graduated with her bachelor's degree from SIES College of Commerce and Economics. She then worked her way up to creative director of the advertising agency Leo Burnett India before turning to filmmaking.

She won the prestigious Cannes Lions award during her tenure as creative director for Leo Burnett India. She directed the 2016 drama film Amma Kanakku.

She is of Tamil Hindu descent.

Ashwiny Iyer Tiwari Is A Member Of