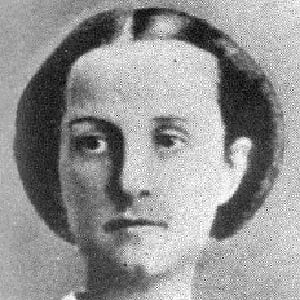 She was born and raised in Bel Air, Maryland.

She published an 1866 work -- Passages, Incidents, and Anecdotes in the Life of Junius Brutus Booth (The Elder) -- about the life of her father.

Her 1859 marriage to John Sleeper Clarke produced eight children. Following her brother's murderous act against the American President, she moved to England with her husband and children.

Her less infamous brother, Edwin Booth, had a prominent career as a stage actor.

Asia Booth Is A Member Of