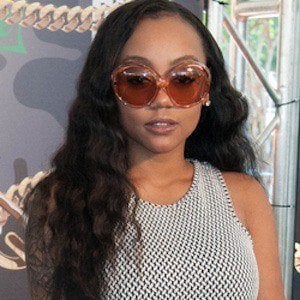 Philly rapper known for her songs "Faja" and "Sparkle Girl Cypher." She was featured in the song "30'z" with the MJE Boyz.

Inspired by her journal writings growing up, she started rapping in 2011 and uploaded her first song to YouTube in 2012.

She works under her brand Sparkle Girls, which she's also turned into a clothing line.

Her mother Sonji Brooks has worked as her manager. She has a sister named Jasmine.

She tweeted her first video at 50 Cent, who responded with his approval.

Asia Sparks Is A Member Of