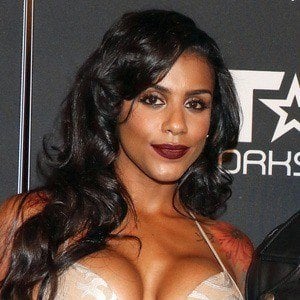 Fitness model and social media sensation who gained recognition for her relationship with rapper Kid Ink. They later appeared on E!'s reality series The Platinum Life.

She began modeling for fitness brands and continued to do so until she became pregnant in 2015.

She was born Asiah Saifullahzadeh Collins. She married Kid Ink in 2015. In early 2016 they welcomed their daughter Aislin Parvaneh Collins. They have two dogs named Scooby Lou and Roxie.

Her husband Kid Ink collaborated on the song "Throw It Up" with Kanye West.

Asiah Azante Is A Member Of