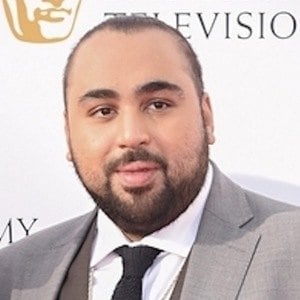 Co-creator, writer and star of the BAFTA award and Royal Television Society award-winning BBC mockumentary sitcom People Just Do Nothing. He created the character of Chabuddy G for the series. He also wrote and starred in the Emmy-winning sitcom Hoff The Record as Terry Patel.

People Just Do Nothing started out in 2010 as a YouTube series called Wasteman TV. Asim filmed and edited the series for YouTube.

He was raised Muslim.

He is a long-time friend of Hugo Chegwin, Steve Stamp and Allan Mustafa, the other creators of People Just Do Nothing.

Asim Chaudhry Is A Member Of