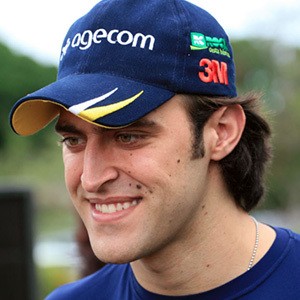 Brazilian professional racing driver who is known for competing in Formula Three, Formula BMW, and Formula Off Road races as part of the Shell Racing team. He is also known for his sponsorship through Stock Car Brasil.

He first began with a Karting career in 1996. In 2003, he made his debut in the Formula BMW ADAC championships with the Rosberg Team. In 2017, he went on to make his Speed Energy Formula Off-Road debut at the Detroit Grand Prix.

He is known for having won the Stock Car Brasil championship in 2010.

He was born and raised in Sorocaba, Brazil and is married to television host Renata Fan.

Other drivers known for also having earned sponsorship from the Shell Racing Team include Roger Penske and Leah Pritchett.

Átila Abreu Is A Member Of