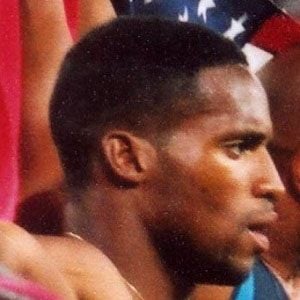 birthplace.Port of Spain, Trinidad And Tobago

birthplace.Port of Spain, Trinidad And Tobago

Legendary former sprinter who won four Olympic medals and set national records in the 50, 60, 100 and 200 meter events. Following his illustrious athletic career, he became a track and field analyst for NBC and ESPN.

He left Trinidad for the United States at age fourteen and played soccer at Jamaica High School in Queens, New York.

Ato Boldon Stadium, constructed by the Trinidadian government for the 2001 Under-17 World Cup, was named in his honor.

He and American sprinter Tyson Gay are both World Champions in the men's 200 meter race.

Ato Boldon Is A Member Of