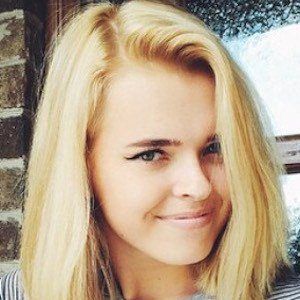 Vine star who became known for her prolific profile. Her eponymous profile garnered over 50 million loops before the app was shut down.

She attracted over 70,000 Vine followers.

She was born and raised in Utah.

In 2015, she recorded a Vine playing a Frank Sinatra vinyl to commemorate his birthday.

Aubrey Casey Is A Member Of