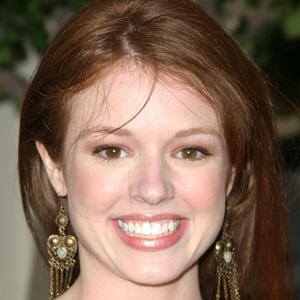 Best known for her roles as Marina Cooper on the soap opera Guiding Light and Marcy Bender on Dawson's Creek.

She was nominated for a Soap Opera Digest Award for Best Newcomer for her role on Guiding Light in 2003.

Her younger sister Caroline is also an actress.

Aubrey Dollar Is A Member Of