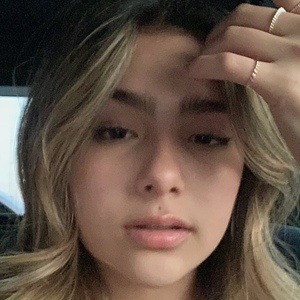 YouTube personality most famous for being the daughter of popular Mexican-American makeup YouTuber Jackie Hernandez. She posts vlogs on her personal channel, Aubreyjkat, which currently has 60,000 followers.

She was raised in Los Angeles, California.

She has been featured in several popular videos on her mother's channel, including "HAUL con Aubrey" and "TAG Mi Hija Me Maquilla."

Her father's name is Adres Arias. Her step father is Ruben Delgado. She has two sister named Orianthi Isabella and Zoey Arias.

She has made videos with YouTuber Sophie Giraldo.

AubreyJKat Is A Member Of