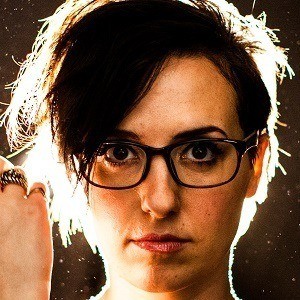 Singer-songwriter who became known for her solo album The House You're Building, which was named Christian Breakthrough Album of the Year on iTunes as well as Christian Album of 2010 by Amazon.com. She founded the record label Fortunate Fall Records.

She started playing the piano at the age of 2. She attended college while working odd jobs to support her musical career.

She was part of the pop duo LEVV whose debut EP ranked at #17 on the iTunes Alternative chart.

She grew up in a very religious household in Secaucus, New Jersey. She married William Gene Price III in 2011. They had a son named William in 2014.

She met her husband while on tour with gospel singer Matt Maher in 2008.

Audrey Assad Is A Member Of