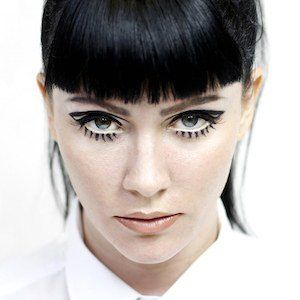 EDM deejay, singer, and music producer, she became the face and musician featured in Heineken's advertising campaign "Dance More Drink Slow." Her sound is dark and her videos have goth and S&M influences.

She started off deejaying in the Los Angeles club scene at the night club Avalon Hollywood.

She composed the music to the Shia LaBeouf and Evan Rachel Woodstarrer The Necessary Death of Charlie Countryman.

She began a relationship with her boyfriend George in 2013.

She was featured in Vogue Girl Korea with Caroline D'Amore.

Audrey Napoleon Is A Member Of