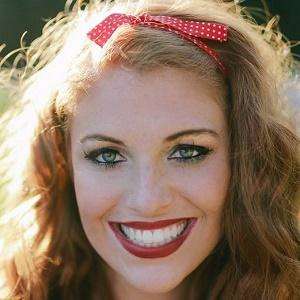 Blogger best known as the wife of Little People, Big World star Jeremy Roloff. She runs her Auj Poj blog, which is full of recipes, lifestyle advice, and other adventures.

She has a massive Instagram presence with over 1.5 million followers.

Her father's name is Dan Botti; she has siblings named Margo and Jack. She and Jeremy Roloff got married in September 2014. They have a daughter named Ember and two sons named Bode and Radley.

Reality star Matthew Roloff became her father-in-law when she married his son Jeremy.

Audrey Roloff Is A Member Of