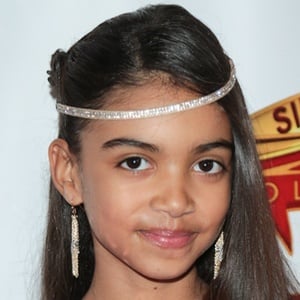 Her first role was guest star on Sesame Street.

Her grandfather was Peter Godfrey, an actor and director who was known for directing the classic film Christmas in Connecticut.

She appears in Alex, Inc. alongside Michael Imperioli, Tiya Sircar and Elisha Henig.

Audyssie James Is A Member Of