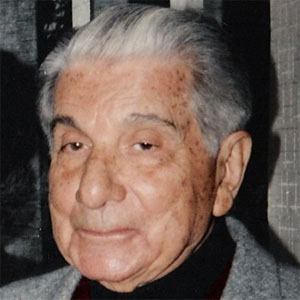 Paraguayan novelist who is best known for helping to establish the dictator novel genre. His most famous works include Yo el Supremo and Hijo de hombre.

He fought for Paraguay in the Chaco War against Bolivia. He published his first novel, Hijo de hombre (Son of Man), in 1960.

He wrote the screenplay for Thunder Among the Leaves, a 1958 Argentine drama that featured full frontal nudity.

He was born and raised in Asuncion, Paraguay. Born into a peasant family, he grew up speaking both Guarani and Spanish.

His literary style has been compared to that of Ernest Hemingway.

Augusto Roa Bastos Is A Member Of