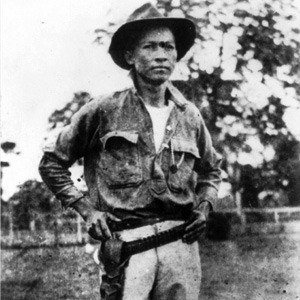 Nicaraguan revolutionary who rebelled against the US military occupation of his country from 1927 to 1933. After his assassination he became a martyr and a symbol of resistance to United States' domination throughout Latin America.

He witnessed the burial of Nicaraguan revolutionary Benjamin Zeledon in 1912, after he was killed by US Marines.

He was killed by General Somoza's forces but over forty years later, in 1979, the Sandinista National Liberation Front, which was named in his honor, overthrew the Somoza Government.

He was married to Blanca Arauz, who was a telegraphist.

Like Ho Chi Minh, he was a revolutionary that fought against US occupation in his country.

Augusto César Sandino Is A Member Of