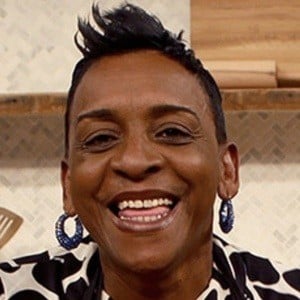 Online cooking sensation known for her foul-mouthed comedic recipe tutorials on YouTube. She earned more than 500,000 subscribers after initially going viral with the video "Sweet Treats."

She was in prison for a few years for selling drugs out of her home.

Her son Tavis Hunter was also her cameraman. She had other sons named Jamie and Marlon. Her father James lived to be 99 years old and worked as a carpenter, electrician, and plumber. She was one of 10 siblings.

Her viral video earned her appearances on Steve Harvey and Jimmy Kimmel.

Auntie Fee Is A Member Of