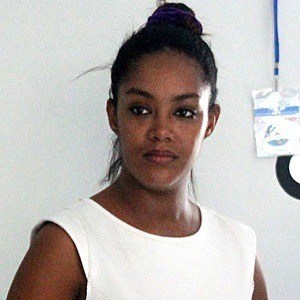 Ivorian television actress who rose to fame for her portrayal of Bamba Alice on the comedy series Dr. Boris. She is also known for her roles on the series Residence of the Happiness and The Chocos of Babi.

She began to pursue a career in acting in 2006 after her graduation.

She made her big screen debut in the 2015 feature film And If God Did Not Exist 2.

She and her husband Michael Konan have two children.

She and fellow actor Isaach De Bankole were both born in the Ivory Coast.

Aurélie Eliam Is A Member Of