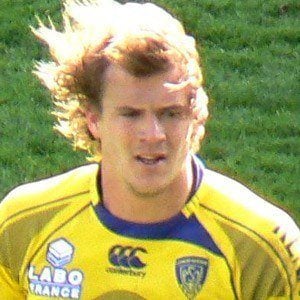 French rugby player who has played wing and center for the French national team and for the Top 14 ASM Clermont Auvergne.

He grew up in Beaumont, Puy-de-Dome.

He sued Phil Greening of England for inflicting a throat injury on him during a game that required three surgeries.

His father Jacques was also a rugby player, and his mother played basketball.

He was accused of eye-gouging Richie McCaw in a match.

Aurelien Rougerie Is A Member Of