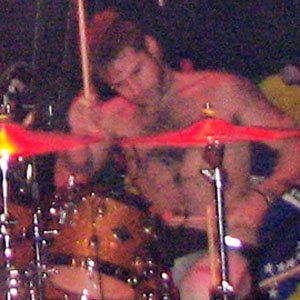 Active drummer in multiple metalcore bands including Bleed the Sky, of which he is an original member. He later started drumming for Chimaira and Solus Deus, the latter of which he plays in with former Bleed the Sky guitarist Wayne Miller.

He joined Kyle Moorman, Wayne Miller, and David Garcia to form Bleed the Sky in 2002, playing their first gig only two months after forming.

He gave drumming lessons at the Guitar Center in Orange County, California.

He was born in Huntington Beach, California.

He was bandmates with Mark Hunter during his time with Chimaira.

Austin D'Amond Is A Member Of