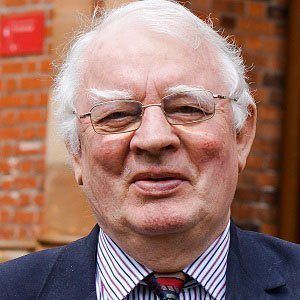 Between 1964 and 1972, this Social Democratic and Labour Party politician represented the East Tyrone constituency in the Parliament of Northern Ireland. Then, from 1999 to 2002, as a Fine Gael party member, he served Dublin West in the lower house of the Irish Parliament.

After attending Queen's University Belfast, he joined Northern Ireland's Nationalist Party and subsequently became active in the Northern Ireland Civil Rights Association. While involved with this group, he helped establish the Social Democratic and Labour Party.

Before retiring from politics in 2002, he ran an unsuccessful campaign for President of Northern Ireland and also served as Minister of Education, Justice and Health.

He was raised in County Tyrone, Northern Ireland, as a member of a Catholic family. His marriage to Annita Currie produced five children.

He and Brian Cowen both held the office of Teachta Dala (member of Ireland's lower parliamentary house).

Austin Currie Is A Member Of