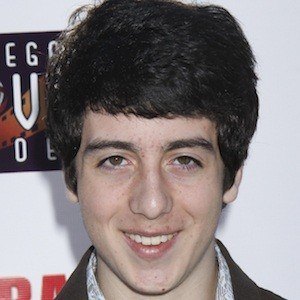 Actor who first rose to fame portraying Young Larry in the 2006 comedy Blind Dating and Adam in the film How to Eat Fried Worms. He later went on to make a name for himself appearing in popular narrative web series like School of Thrones and Squaresville.

He earned his first acting credit in 2004 playing George in the film Undercover Kids.

He has had guest roles on several popular television shows including Good Luck Charlie, Bones, and We Bare Bears.

He was born and raised in New Port Richey, Florida.

In 2013, he starred opposite Hallee Hirsh in the thriller Bad Behavior.

Austin Rogers Is A Member Of