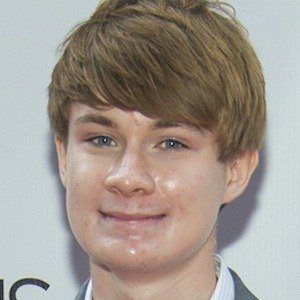 He earned his first film role at the age of 8 in the 2006 film The Good Shepherd, which starred Matt Damon.

He has a younger sister named Amber Joy Williams who is also an actor.

He played the on-screen son of Adrian Pasdar in the 2008 horror film Home Movie.

Austin Williams Is A Member Of