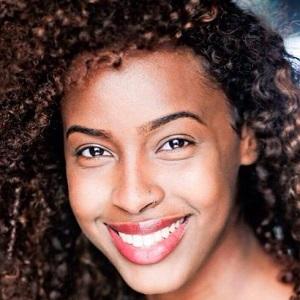 Singer-songwriter who was scouted for series 4 of the reality singing competition program The Voice UK, making it to the quarter final round. After the show, she signed a management deal and began recording her debut EP.

She started pursuing music in 2014 when she was 18 years old. She started out performing at bars and open mic nights in London.

Within months of opening at the 02 indigo for the British band Lawson as a supporting act, she was embraced by her hometown and her Somali community.

She was born in Dordrecht, Netherlands.

She performed in front of judges Ricky Wilson, Will.I.Am, and Sir Tom Jones for The Voice UK.

Autumn Sharif Is A Member Of